EXPERIENCING LONELINESS? 65+ years old? We want to hear from you! 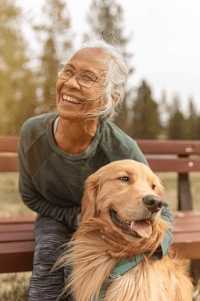 Hello! My name is Rebecca Perry.

As part of my Master of Counselling studies at the University of the Sunshine Coast, I am investigating what it is like to be experiencing loneliness as a senior. If you are 65 years or older and are experiencing loneliness, I want to hear from you. Participation requires answering 6-8 questions for about 45 to 60 minutes at a time and place convenient for you.

Still interested but have more questions? Just email me at rgp003@student.usc.edu.au or message me on our Facebook page: https://m.facebook.com/Singlehood-in-the-Senior-Years-Easy-or-Hard-We-want-to-hear-from-you-102028015746136/
Senate backs help for Grandparents raising their Grandchildren

According to data released today (29/4/2015) by the Australian Bureau of Statistics (ABS), grandparents provide child care for almost one-third of children of working parents. In June 2014, 30 per cent of children with two working parents received care from a grandparent. Patrick Corr from the ABS said this was a similar figure to children in employed single parent families.

“This is compared with 45 per cent and 88 per cent respectively in families where the youngest child did not attend care.”
Of all children aged 0-12 years, just under half (1.8 million) attended some form of child care. One third of children attended informal care and one quarter formal care. The main form of informal care was care by grandparents (22 per cent) and the principal type of formal care was at a long day care centre (14 per cent).

“The most common arrangements used by female parents were flexible work (39 per cent), part time work (38 per cent) and work at home (19 per cent).”